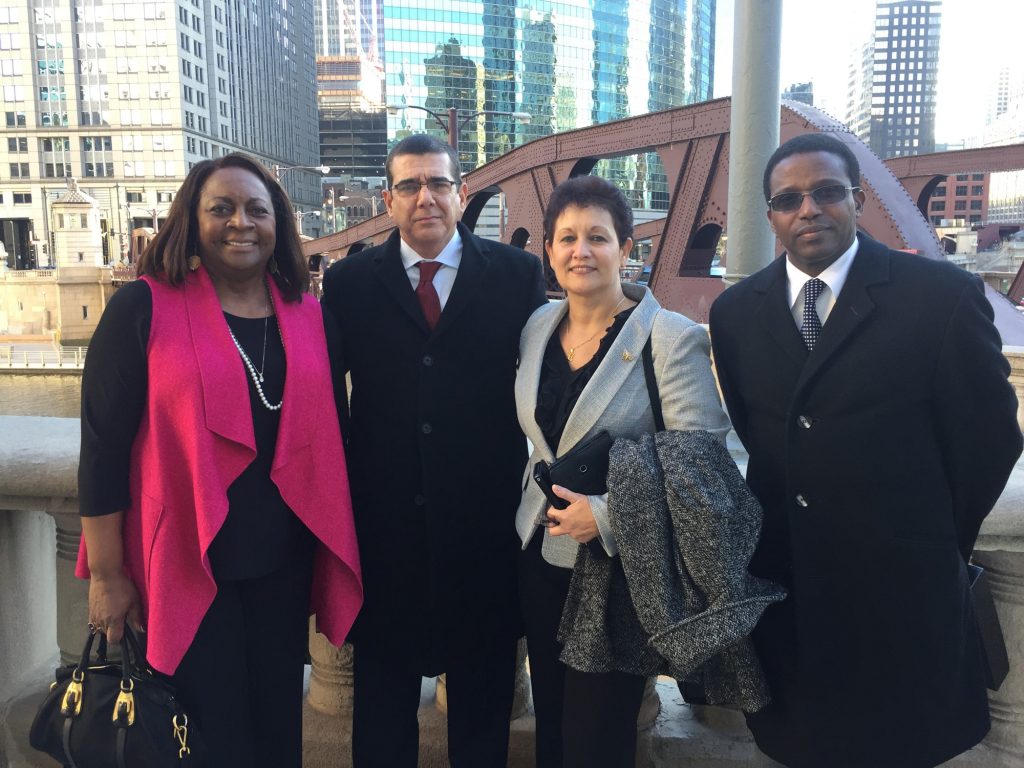 Chicago, Illinois (November 21, 2016) — The firm invited The Honorable José Ramón Cabañas, the first Cuban ambassador to the United States in more than 50 years, to a visit to Chicago to meet with the Chicago business community and city officials and a private dinner meeting. Pictured: (L to R), Linda R. Crane, Ambassador of the Republic of Cuba to the United States José Ramón Cabañas.

Linda invited her good friend, Dr. Jose Cabañas, Ambassador of the Republic of Cuba to the United States  and who has been the highest ranking diplomat from Cuba in the United States since 2013, to visit Chicago. Their goal is to introduce the Ambassador to some of Chicago’s business and civic leaders to engage in discussions about exploring business opportunities in Cuba.

The Ambassador’s visit was a whirlwind two-day schedule of meetings that Linda organized for the Ambassodor to meet with Chicago business owners, dignitaries, and civic leaders to engage in conversations about the wide array of opportunities for U.S. businesses to explore under Cuba’s new Foreign Investment Act and to continue to build upon the foundation of recent positive developments in diplomatic relations between the United States and Cuba.